Medieval Romance Monday featuring At His Command by Ruth Kaufman

For this week’s Medieval Romance Monday we are featuring At His Command, the new medieval romance novel by Ruth Kaufman. 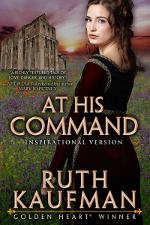 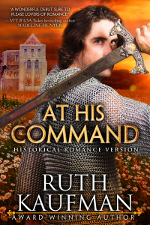 In AT HIS COMMAND, King Henry VI sends Sir Nicholas Gray to protect recent widow Lady Amice Winfield from undesirable suitors. At court, the king orders her remarry the lord he and the queen choose. Can she find a way to defy the king’s command because she’s falling in love with Sir Nicholas even though they serve opposing factions?

Click on either cover to read more about each version.

Like Loading...
This entry was posted in Medieval Romance Monday and tagged medieval romance monday, ruth kaufman. Bookmark the permalink.